A design tool for off-grid housing in Australia

Over the past 16 years in Australia, electricity prices for households have increased at an average annual rate of 8 per cent while the average inflation rate is around 2.8 per cent. This has put a financial strain on households across Australia. With the recent rapid decrease in PV prices and a similar trend for battery storage and increased awareness of environmental impacts, there is growing interest in public and academic discussions about the possibility of “leaving the grid” or “living off- grid” by installing PV-battery systems.

This study presents an integrated tool for off-grid housing design across Australia. The tool has been developed by implementing a solar PV battery system model into the existing Australian Zero Emission House design tool (AusZEH). This is a tool for designing low/zero carbon housing that incorporates technologies and measures to reduce whole-of-house energy consumption, and takes into account local climate, building envelope, equipment and appliances, and occupant behaviour (Ren et al., 2013). The off-grid housing design is evaluated by matching energy supply (predicted by the solar PV battery model) at one-hour time step with the energy demand (as predicted by AusZEH). Figure 1 shows the logic flow of the PV-battery system’s charging and discharging algorithm.

To ensure no electricity shortage throughout a whole year at any time step, the size of the PV-battery system is determined by the hourly energy demand of the household. This can be predicted by the model, based on the Typical Meteorological Year (TMY) weather data.

A case study was conducted for existing houses and showed that with non-electric energy sources (e.g. natural gas) for the four main end-uses (water heating, space heating, cook-top, and oven), households may operate off the grid without considering diesel generators. This is at a PV-battery installation cost of around A$47,000 in Sydney (a balanced heating/cooling region) and A$59,500 in Townsville (a tropical region). In Melbourne (a heating-dominated region), the most cost-effective way to go off-grid is to first retrofit the house to be 6 stars and then install a PV-battery system. The total cost is around A$49,500. This tool provides a cost-effective pathway for off-grid housing design in Australia. 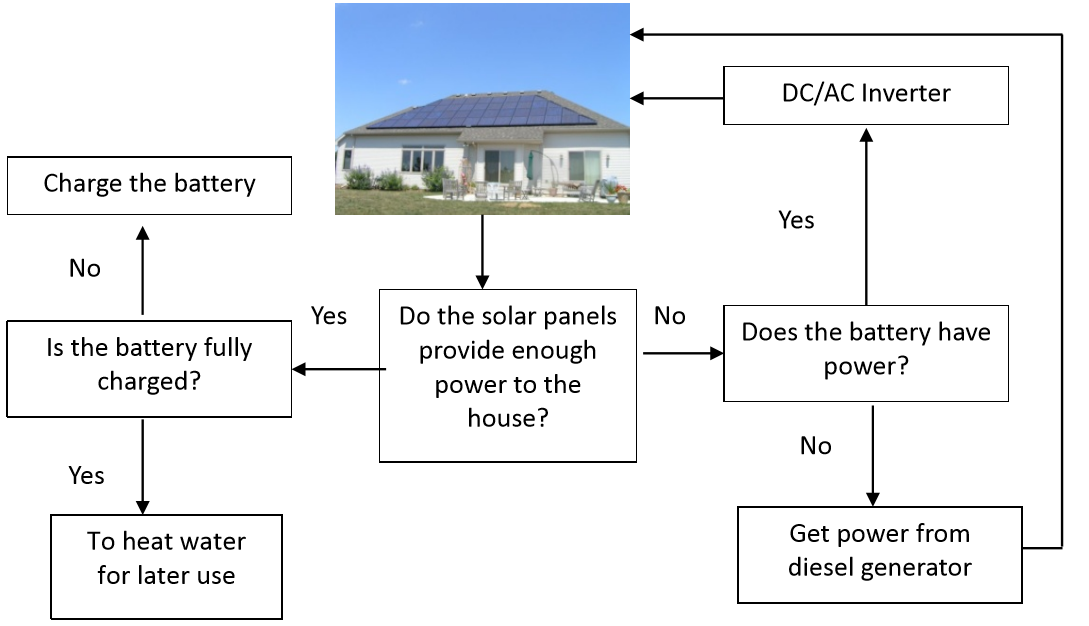 At CSIRO, we solve the greatest challenges through innovative science and technology.

Thanks. You're all set to get our newsletter.